Classics in the News / Στον τυπο

Classics in the News

Journalists worldwide have drawn heavily on Greek Antiquity to comment on the economic crisis. As Christopher Torchia puts it, “ancient myths lend context to the swirl of acrimony and austerity, bailouts and brinkmanship, coalitions and currencies, debt and deadlines, that define the social and economic ills of Greece” because “[i]t turns out the legends have plenty to say about hubris and ruin, order and chaos, boom and bust” (“Greek Crisis: An Odyssey Seen Through Ancient Myth”, Huffington Post, 24/6/2012).   Two famous cases in point are the cover of German magazine Focus, depicting Venus of Milos giving the finger (Feb. 22, 2010) and Greek Prime Minister Alexis Tsipras’s depiction as a bound Prometheus on the front page cartoon of US magazine The Week in February 2015.  A more recent example is the front page of French newspaper Libération (6/7/2015). 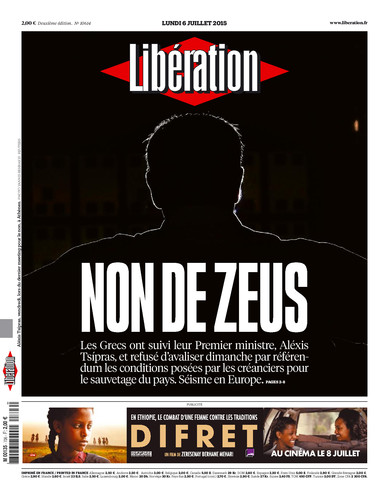 (Read Alexandros Velaoras’s “Non de Zeus” Lost in Translation, or “What’s in an article?” in which issues of translating classical receptions into modern Greek are discussed.)

Greek cartoonists have also resorted to Greek Antiquity, mythical and historical, as well as to the Biblical myth and the Greek War of Independence (1821), in order to comment on the present.  Featured below is a selection of Stathis’ (pen name of Stathis Stavropoulos) creations inspired by the Persian Wars and the myth of Theseus: 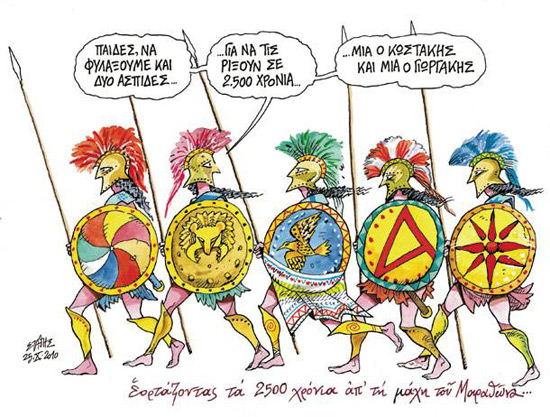 “Guys, we should keep two shields so that in 2500 years they can be thrown away, one by Costakis and one by Yorgakis.”
Celebrating 2500 years since the Battle of Marathon. 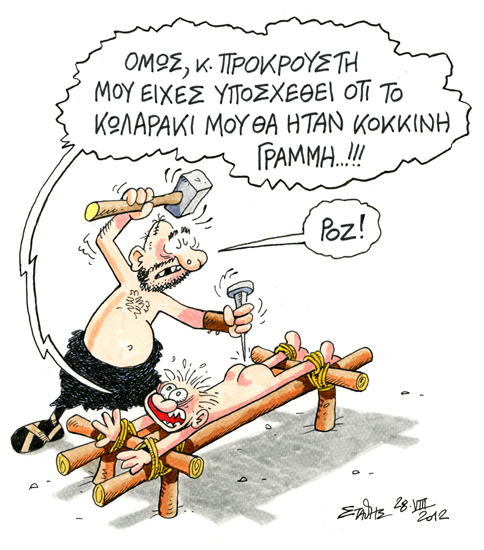 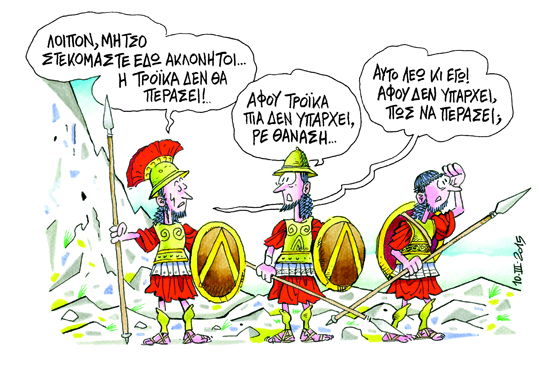 More on the subject:

Classics in the News / Στον τυπο